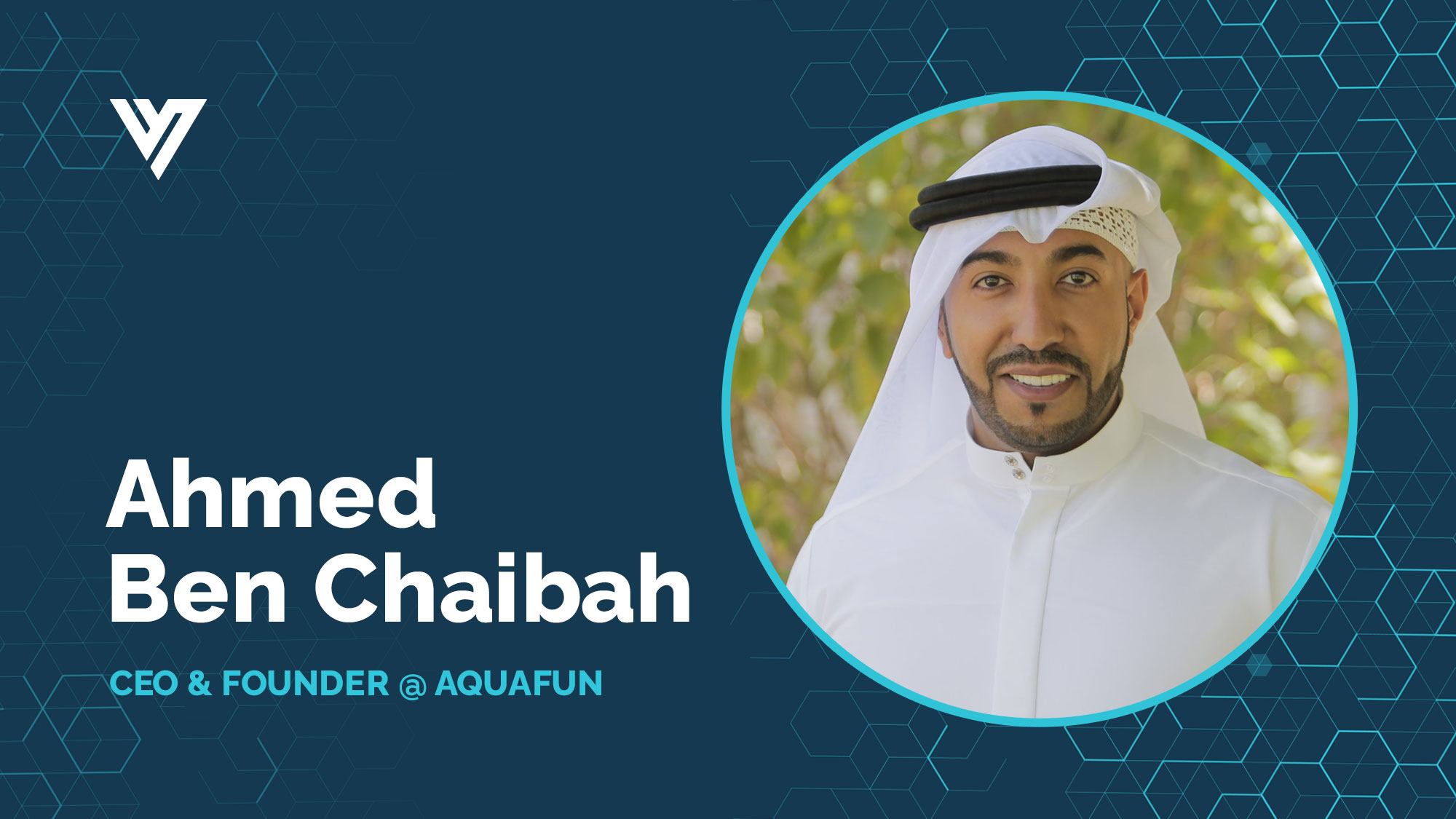 vVv is honored to announce that we will be hosting an Alpha Hour with Emirati entrepreneur and CEO of AquaFun, Ahmed Ben Chaibah, on January 22nd at 4:00 PM UTC.  Please join us for this special Twitter spaces event.

Like other entertainment parks, Aqua Fun’s allure for its adult visitors is childhood nostalgia and a haven for visitors of all ages to indulge in escapism and unbridled fun. Chaibah’s concept of AquaFun was born from watching an inspirational water sport game with the purpose of providing a place of happiness for his community. Firmly believing that  “just because we grow up, that doesn’t mean we can’t have fun,” Chaibah has helped 300,000 happy visitors and counting since 2016, while simultaneously becoming one of the most successful young entrepreneurs in Dubai.

”Seeing that smile etched onto people's faces and the positive energy in the park, with people thanking me for having an awesome time—that's success for me.

A common theme among successful entrepreneurs where only under duress and undue hardships can they truly recreate themselves and flourish, Chaibah is no stranger to this. Although he now holds many accolades – AquaFun Guinness World Record holder, Entrepreneur of the year 2021, Emarati business of the year 2021, CEO of the year business Arabia 2017 – his initial forays into starting a successful business was fraught with struggles.

”It's not about the number of times you're down. It's about the comebacks.... I didn't quit.

Chaibah’s quote echoes those of the other industry leaders and pioneers who we have reviewed in the vVv Academy lessons. The key traits they all harbor is persistence and the unwavering determination to succeed. They deem failures as necessary, lessons that must be learned and integrated into the decision-making process. Early on in Chibah’s career, he was turned down from 74 employment interviews and then, subsequently 617 failed pitches. To date, his most successful business was idea number 41. If Chaibah had given up after his first few failures, AquaFun would not exist today, nor would he have touched so many lives.

”The experiences that we cherish, the beautiful moments that we remember—those are the things that really matter.

As a highly successful businessman, Chaibah epitomizes the same core values and guiding principles as vVv. We look forward to speaking with him in our upcoming Alpha Hour.

Learn about vVv and how to become part of the best-in-class community-driven venture capital fund.